AFCA behind the numbers - Hear from David Locke 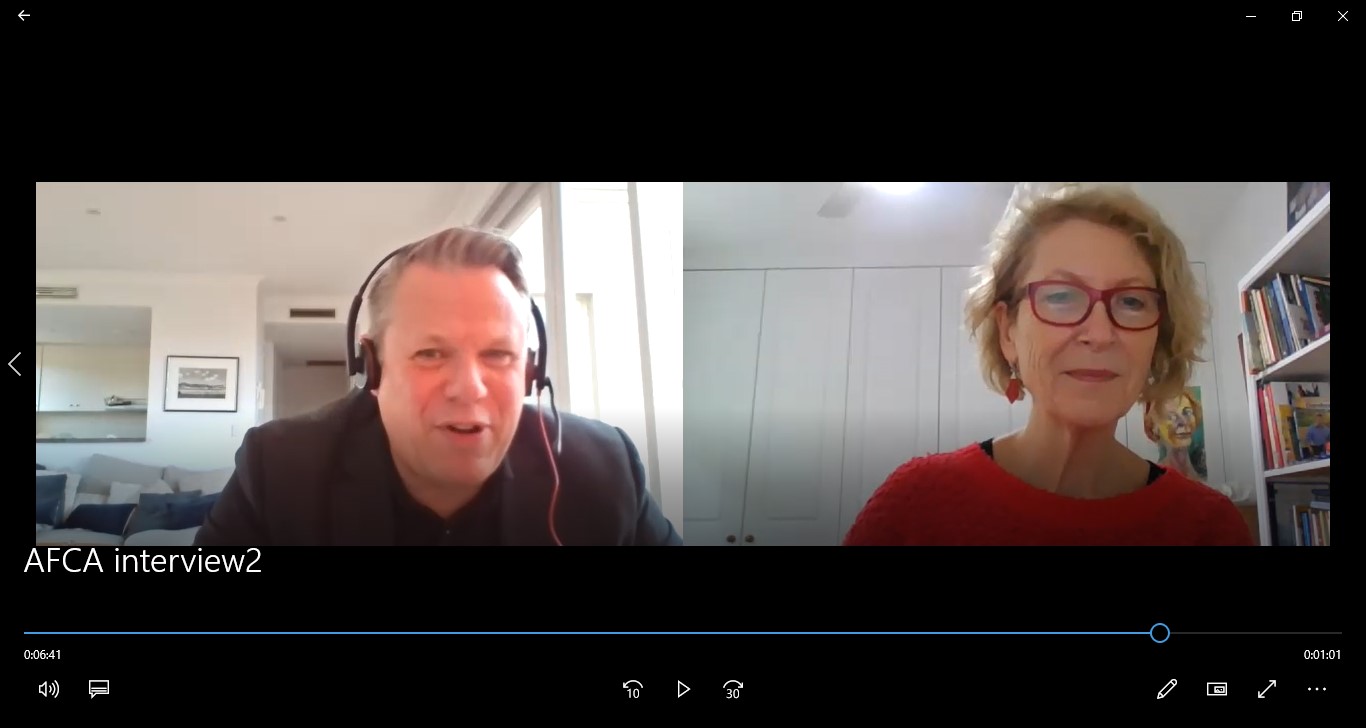 This week David  Locke, Chief Executive Officer and Chief Ombudsman Australian Financial Complaints Authority (AFCA) was interviewed by SOCAP’s Stephanie Maraz and he spoke about his views on what lies behind the recent AFCA complaint figures and gives his best bet for a future forecast and focus for complaints handling.

While 80,000 complaints lodged to AFCA in the last 12 months may seem high, David Locke pointed out that there has been no stable period since the establishment of AFCA, during the 2019 Royal Commission into Financial Services,  to really know what ‘normal’ looks like, in terms of complaints.

Nearly 5,000 of these complaints were attributed to COVID-19, many involving financial difficulty, but Locke also believes the numbers are due to an overall increased consumer willingness and confidence to complain. ‘More people realise their entitlements, have observed the workings of the Royal Commission and other Enquiries, and have an increased awareness of independent dispute resolution schemes to support and drive their complaints, such as AFCA.’

Locke has been pleased to observe improved practices and less complaints relating to COVID-19 than anticipated due the response taken by financial firms such as the deferral of loans to assist customers and rebuild trust.  ‘We’ve seen more proactive and resolution focused responses during the bushfires and into the pandemic, such as the substantial remediation programs where there has been no fee for service; some have been too slow or are not delivering yet, but massive efforts have been made to address the wrongs been done. He added that, ‘While this doesn’t remove the consumer harm that has been done, we have seen encouraging and good practice.’

Do you expect complaints to steady or increase?

‘The real situation that lies ahead is currently being masked behind the government support measures and banking initiatives, that are unfortunately looking to end or wind down in September’, said Locke. Currently 3.5 million Australians are receiving JobKeeper, 2.2 million people have drawn down early on their superannuation, and banks have frozen repayments of 900,000 loans amounting to $286 billion of lending on hold. ‘All of these great supports do just kick the can down the road’, said Locke.

Looking ahead, what do you want to see from the complaints handling industry?

In an ideal world, Locke wishes for a decline in the number of complaints, more matters resolved in internal dispute resolution services, rather than matters being escalated through to AFCA.  Locke stressed that, ‘We always want to see firms playing by the rules and treating consumers fairly’, and if they don’t, that is partly why AFCA is there to ensure fair outcomes for consumers’. He went on to say that particularly during these challenging times, ‘what we really wish for is best practice in customer handling, a proactive approach to responding to financial hardship, identification of people facing vulnerability and putting in the best measures possible.’

Locke took time to acknowledge the efforts being made within the industry and the real challenges organisations are facing with many smaller businesses struggling, and even larger business such as the major banks, insurers, and superfunds, have been facing huge demands. He gave an example of one of the major banks reportedly receiving more requests for financial hardship requests in one day than they would usually receive in one year.

He also expressed concern for the wellbeing of complaint handling professionals during the pandemic as they continued to respond to calls to from customers facing increased vulnerability, which can take an emotional toll.  He emphasized the importance of good team communication, especially while people are working from home when it might not be most suitable, and the difficulty for managers or colleagues to provide support after a challenging phone conversation.